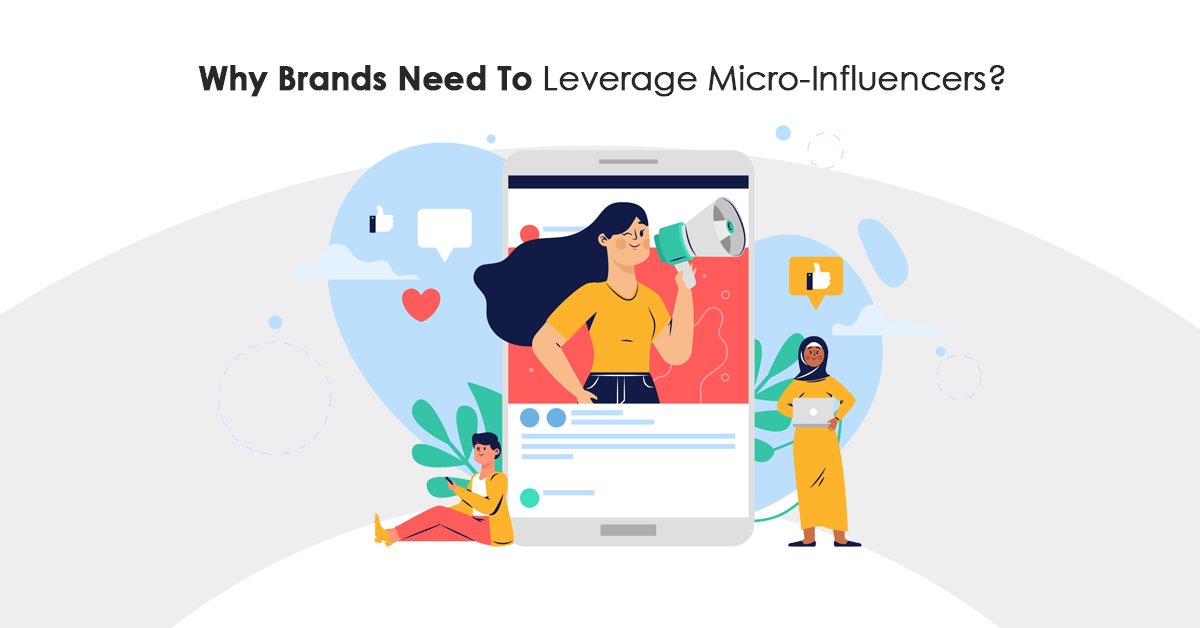 Influencer Marketing is a trending branding tool for businesses and brands alike to effectively promote their services. Marketers negotiate with influencers to become the face of their brand and endorse their products.

Earlier, this used to be the job of celebrities and models to promote products through endorsements, but social media has changed the game. These influencers have been common public who have produced mass interest promoting themselves organically without the help of celebrity managers.

However, the influencer market is also saturated with top influencers endorsing everything. This has led to the failure of brand campaigns as the audience could not identify or relate to the product and personality of the influencer. Imagine, a make-up influencer with 20 million followers promoting travel brands; it would not stick with the audience.

Influencers with large followings have now become the ‘ugly step-sisters’ for brands. They might be popular, but have no real relationship with the audience. They have become more exclusive to the common audience.

Let us see how brands benefit by using micro-influencers

A celebrity endorsement costs crores of rupees. Macro-influencers charge up to lakhs and thousands per sponsored post. For luxury brands, this often works, however, small brands and start-ups cannot afford these budgets. Micro-influencers charge less for promotional content. If they have less than 10k followers, they might be open to just a sales commission or barter collaboration.

Many small brands do regionalized marketing as their targeted customers have the purchasing power or their products are culturally relevant. When these brands use macro-influencers who have no regional or cultural association with the product, the brands gain a negative impression. Micro-influencers often have targeted locations or they create content conducive to their culture and regional language which makes it more engaging and relevant. Imagine, a small brand from Chennai uses a Hindi-speaking macro-influencer to promote their product; it will not garner impressions from the audience. Big brands such as Netflix also used regional micro-influencers to promote regional content.

Macro-influencers are everywhere. They do not hold the mystery that a micro-influencer can bring to launch a brand new product. When brands launch new verticals and products, they prefer doing with fresh ideas and fresh faces so that it caters to the target audience. Micro-influencers have the potential to launch a buzz around a new brand.

When Lays wanted to rebrand themselves with their new packaging, they created a campaign #SmileDekeDekho. The ad had celebrities, but it was their social media campaign that generated buzz as micro-influencers weaved the concept and the packaging with their smile

Influencers with large followers and bigger brand deals often fail to generate authentic value to a product. They might weave it to their content. However, the audience is smart to understand the difference between authentic and scripted endorsement. Micro-influencers before being signed up by brand managers have been giving authentic recommendations and value generated content on their respective niches. A fitness influencer could make the jump to 1000 to 15000 followers with more than 1000 likes on their posts is not due just brand deals and cross-promotion, but showcasing fitness tips that would help their audience to be healthy.  Micro-influencers have the potential to harness the power of story-telling which is often missed by macro-influencers.

Many menstrual hygiene brands have switched to niche micro-influencers who talk about women’s health and hygiene. Their narrative and storytelling move the audience and when incorporated with branded content it appears to be the solution to the problem they are addressing rather than appearing as an endorsement.

Macro-influencers who are managed by talent agencies have a-list brands on their rosters. Even if they consider smaller brands, their effort to create quality content to suit their need is less. Also, small brands have a low marketing budget which may not be considered for top influencers.

Celebrities have often endorsed social causes such as education and women’s health. Big non-profits such as United Nations can have the funding to bring in pro-bono or paid celebrity collaboration because of their reputation. With less funded social impact organizations, it can be quite difficult. Secondly, the audience does not find it encouraging when celebrities advocate for problems at the grassroots that are far from their social realities. Micro-influencers whose niches cater to social causes are better spokespersons to promote these initiatives carried by non-profits. For instance, Harpreet Kaur and Aranya Johar advocate for women’s bodies and fight against body shaming and colour-shaming as both have faced it in their social realities. Foundations fighting those causes collaborated with them to generate new campaigns and get volunteers because the audience found the activism authentic through these micro-influencers.

Micro-influencers have the tools and the audience to leverage brands and give them higher ROI and reach a niche audience pool who will use the product and the services. Brands can improve their trustworthiness through the genuine reviews of micro-influencers. They are a strong and credible tool of ‘word of mouth promotion. The strong hub of loyal audiences values their recommendation and viewpoints over celebrities and high-end influencers. Micro-influencers have created a ‘just like me’ image to relate with audiences of the same social, cultural, and gender group. This aspect of niche exclusivity can be leveraged by the brands to endorse their product through a micro-influencer marketing funnel.