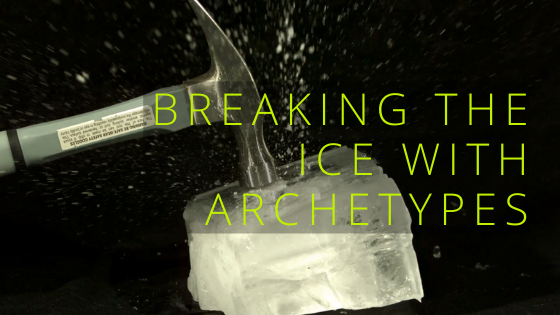 Have you often wondered why certain brands present themselves in a certain fashion? Has this thought ever crossed your mind that why brands like Coca Cola, HUL, Pepsico, Nike or Dairy Milk follow a certain form of perspective when it comes to representing their brand to the world?

For instance, when you think of Coca Cola as a soft drink you think it as a family drink served to guests or a drink often consumed during a celebration of any sort. On the contrary, Pepsi as a drink, impresses more on a getaway with friends, boasting the tag of calling this world a “Youngistaan”. Drinks like Sprite impresses on their theme “Sab clear hai” telling the world that it is as clear as it seems whereas Mountain Dew, on the other hand, speaks of adventure and thrill under the theme “Do the Dew”.

Why are these brands showcasing their products differently? Is there a reason for it?

Well, the answer is yes. All the brands in the world that advertise their products differently are doing so because they want to educate people uniquely. And to know how are they able to do it so perfectly by creating a unique perception is possible because they follow a particular Archetype that defines their brand and resonate its story in an intended manner so that the customers and the company fall on the same page while perceiving the aesthetics of the brand. Therefore, having a Brand Archetype is of pioneer importance as it defines the aesthetics of the brand and its products.

Now the question arises, what is a Brand Archetype? Well, as the name defines, an archetype is a typical example of something. To further elaborate it think it like this. There is a famous saying in English, “Like father like son”, which means a son is a verisimilitude of his father. His character and behaviour are expected to resemble his father’s. Consider the archetype to be a father and the brand to be a son. So the qualities that the archetype represents are replicated or resembled by the brands when they promote their products.

Now the question arises, in a world where thousands of brands are telling different stories, how can an archetype represent all? Well, the answer is, it cannot. There is no way that one archetype can represent all the brands in the world. It will definitely take more than one to bear this mountain of a burden.

Therefore, there are twelve brand archetypes and all the brands are filtered in one of these. Sounds fascinating, isn’t it? Millions of brands and just twelve archetypes. How is it even possible? Well, Carl Jung, a swiss psychiatrist and psychoanalyst coined the term archetypes as universal, archaic patterns and images that derive from the collective unconscious and are the psychic counterpart of instinct.

To simplify it further, these archetypes have been derived from Anthropology (the study of mankind) and their behaviours in a psychological manner. Therefore, we react in a certain way when we talk of a certain brand. Many authors over the years have tried simplifying the concept of Archetypes and therefore the present day Archetypes (although still debatable among scholars) are broadly categorized into three categories which are further sub-classified under four sub-categories each thus making the overall archetypes to be twelve.

The three fundamental driving forces are:

The three main driving forces have been further sub-classified into the following:

The diagram below represents the complete wheel of Archetype with all the 12 categories embodied in a unanimous structure.