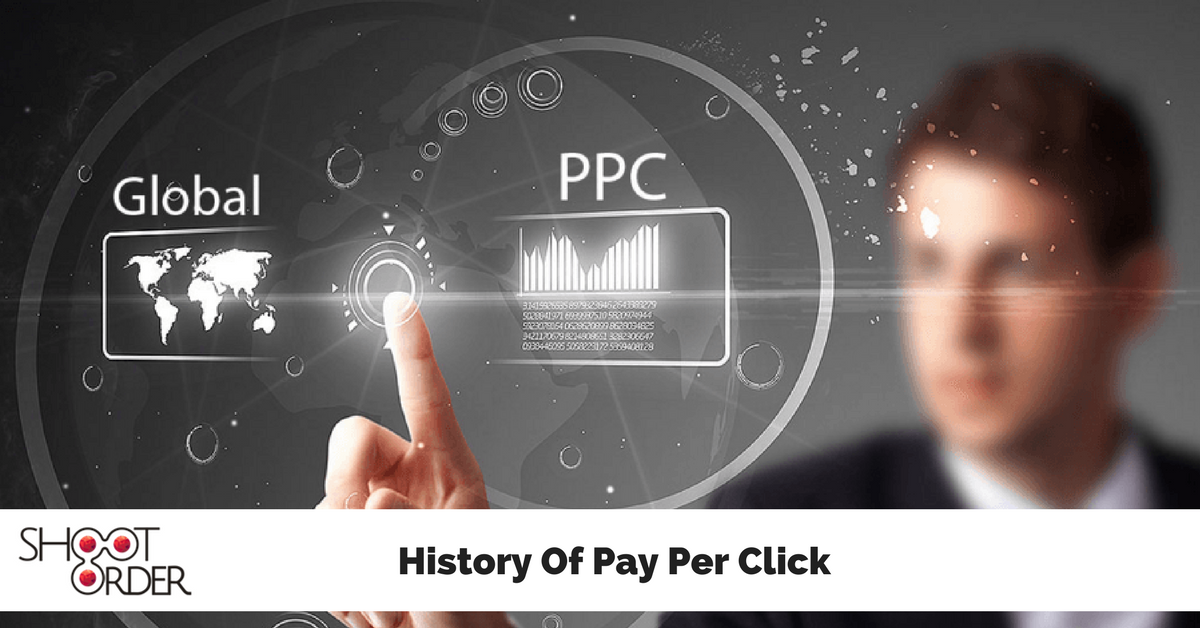 Before you started PPC at least know about its history.

PPC is the shortened form of Pay Per Click which is also called as cost per click. This is one of the vital models that online promoters use to direct people to the sites. Here the advertiser will pay only when a user clicks on the ad.

Let’s go deeper and find out when the PPC started and how it originated.

This is the year the term PPC has come in to play. The first documented PPC advertising spaces were launched on a web directory called Planet Oasis on a desktop application.

Around the same time, Google which is now called as a giant search engine and which occupies more than 80% of search engine market share started as a research project at Stanford University.

In this year, more than 400 worldwide and local brands actively participated in PPC advertising and used it more effectively in search results and directories with fixed prices for every advertiser ranging from $0.005 – $0.25

Around the same time, Yahoo got a chance to purchase Google for $1 million which is currently esteemed at $109.5 billion.

In these years GoTo.com came into play with a simplified model of advertising with an eye-catching tagline ‘search made simple’. In February 1998 GoTo.com introduces the bid system. Here advertiser can bid for ad position on keywords. Depending upon the bid value the ads are going to show in the search results. In this model, promoters were paying up to a dollar per click by mid-1998.

What happened in the 20th Century

Here in this year, Google presents Google AdWords tool, a self-helping platform for sponsors. Here Google AdWords allows the advertisers to place ads for selected keywords and will pay money only when the ad is shown. At that time, Google uses CPM bidding model i.e. they charge for 1000 impressions.

In this year GoTo.com was renamed as Overture and had a partnership with Yahoo, MSN, and other search engines and publishing the ads throughout the websites.

In this year, Google introduces a new payment option for advertisers for advertising on search results. The new system uses various factors like ad relevance, click through rate and landing page experience to rank the ad on google search results.

Yahoo buys Overture for $1.63 Billion when its contract for ad publication come up for renewal.

In the same year, Google buys Applied Semantics and also launches AdSense where publishers can place ads on external websites and the publishers will get a share of each click generated.

Google’s search market share hits 84.7% of all the searches on the internet and annual revenues of $2.7 billion predominantly from PPC advertising and initial public offerings with a market value of $23.1 billion.

The article is not yet ended here you can find remaining information about History of Pay Per Click in my next article!